What Page are You On? 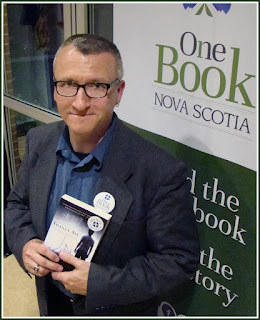 On September 21st the title Twenty-six by Leo McKay, Jr was announced as the book all Nova Scotians should read.  A fictional novel based on the 1992 Westray mining disaster, it seemed an appropriate choice for the 20th anniversary of this tragic event.

People borrowed, downloaded, and bought the book enthusiastically.  During the seven week duration of the program, 802 people borrowed copies of the book from public libraries, and an additional 246 borrowed from community college and/or university libraries.  Currently there are still 284 people on waiting lists in public libraries to read the book. On top of that, 120 copies of the ebook were downloaded, with 56 more people still waiting for their turn. 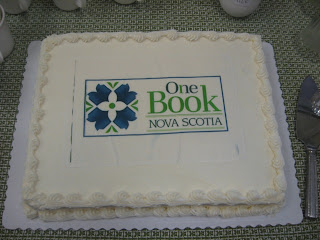 Lots of people also got to meet the author.  457 people across the province attended fourteen author readings, most of which were funded by the Canada Council for the Arts.  Several bookclubs read the book this fall and the Annapolis Valley Regional Library has a "Book Club in a Bag" kit for clubs to use.

Given the success of this year, you can bet that One Book Nova Scotia will become an annual event.  What book will it be for 2013?  Stay tuned to find out!

Submitted by Frances Newman, Regional Librarian & Chair of the One Book Nova Scotia steering committee.
Posted by AVRL at 07:30