International Back to Back Wool Challenge

There is an International Back to Back Wool Challenge spinning competition held every year around the world in countries such as New Zealand, Australia, Scotland, Japan, USA and Canada. The event may be held in a public location of the team's choice, during the months of May and June, and the rules are the same for everyone. A team consists of 7 handspinners and knitters and 1 blade shearer. The objective is to complete a sweater following the same pattern within 8 hours. Some teams use the event to raise funds for charity, and all teams are interested in promoting the wool industry locally and in establishing a worldwide network among the participants.

Shear Delights is a local team who have joined the challenge. This is the second year they have competed. The event will be held on May 31 at the Lawrencetown Fire Hall, 549 Main Street, Lawrencetown, NS. Doors will open at 8:30 am. The event will run from 9 am until the team is done. Light lunches and home baked goodies will be available for purchase along with tea and coffee. Donations are welcomed and give you the opportunity to win the Challenge Sweater as well as other surprises. 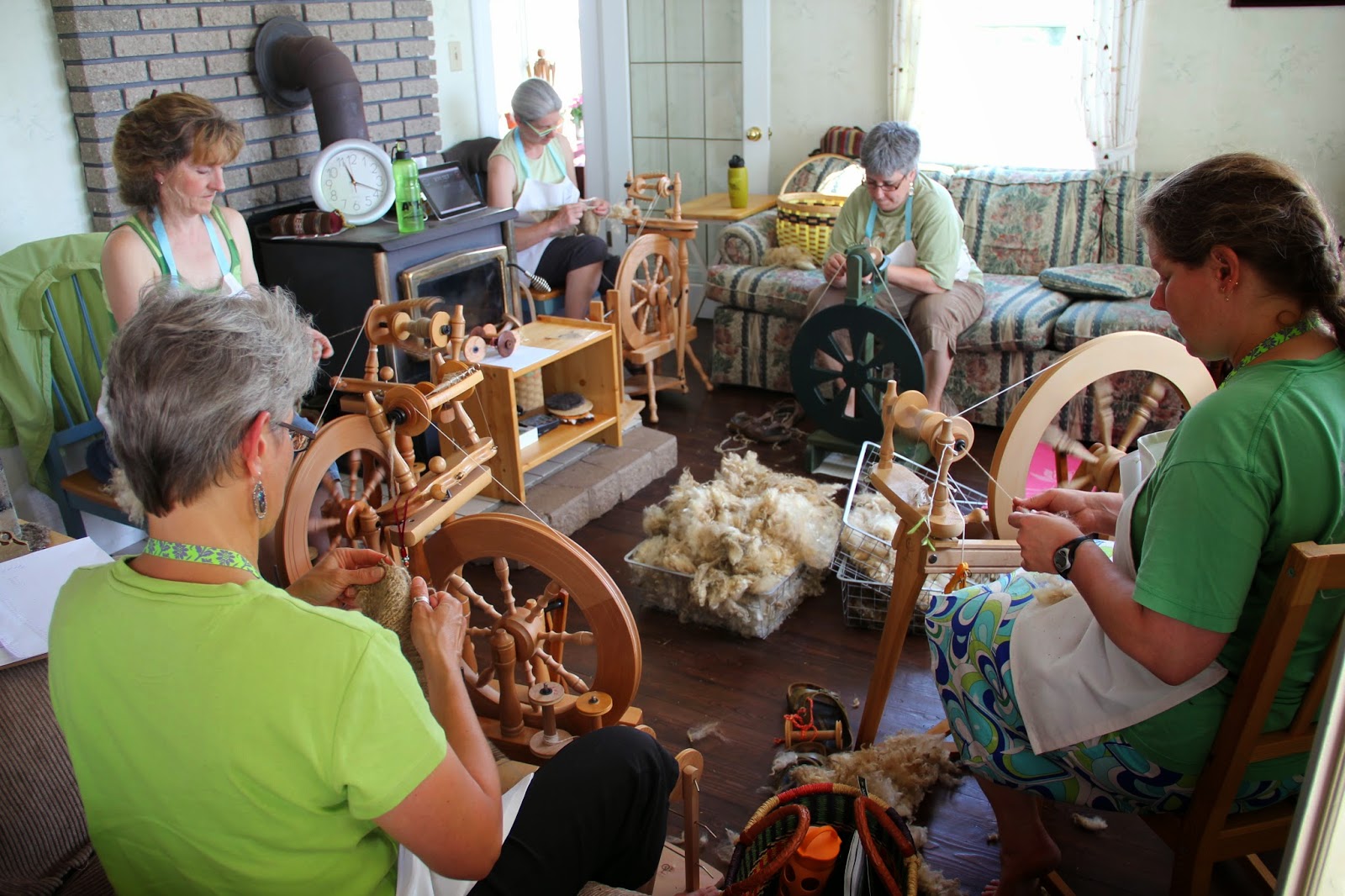 This year Shear Delights is pleased to raise funds for the Annapolis Valley Regional Library. Check out our new Bookmobile which will be onsite from 8:30 am  - 4:30 pm. Join Youth Services Librarian Angela Reynolds at 11 am for storytime. Another stortyime will follow at 3 pm.

Come cheer the team, Shear Delights, at this unique event as they compete against the best in the world and raise funds for the Annapolis Valley Regional Library.
Posted by AVRL at 07:30