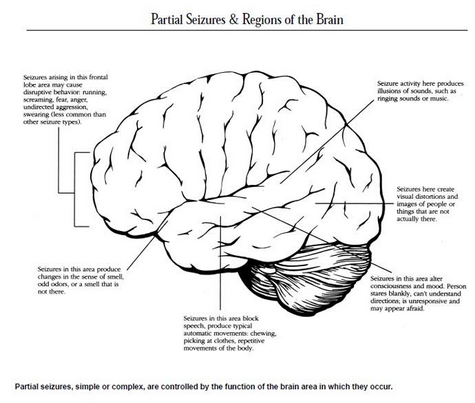 What do you really know about Epilepsy? Many of us have a picture in our mind of someone having an uncontrollable “fit”.   While seizures are a symptom the type and frequency are varied.  This is a neurological disorder which presents itself in many forms.  It is unfortunate that the mere word Epilepsy still carries such a stigma that it causes many sufferers to hide their condition when just a little education would work wonders in understanding what having Epilepsy really means.

On March 26th, 2015 people around the world will be wearing purple to raise awareness of Epilepsy.  Fund raising events, testimonials, rallys and other events will be held.  It all began with Nova Scotian Cassidy Megan who created the idea of Purple Day in 2008 when she was 8 years old. Motivated by her own struggles with epilepsy her goal was to get people talking about epilepsy in an effort to dispel myths and inform those with seizures that they are not alone.  The Epilepsy Association came on board the next year and now it is world wide.  Check out her Purple Day blog. 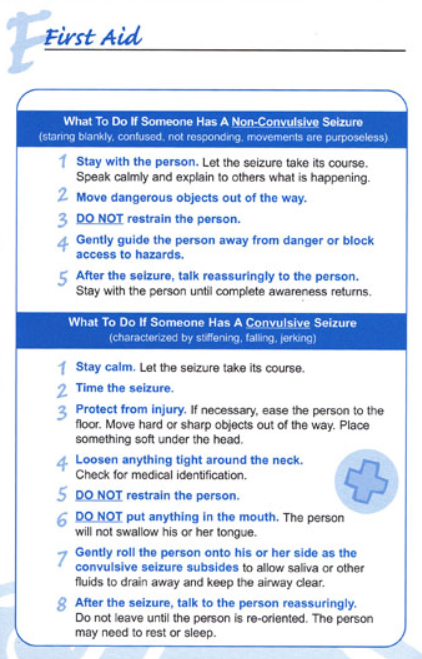 Right now there are 300,000 Canadians living with Epilepsy.   Find out the basic facts, for  example it is not a disease and it is not contagious (two very common myths). Check out the informational downloads available through the Epilepsy Canada site.  Familiarize yourself with the simple First Aid rules pictured and don’t forget to wear purple on March 26th !!