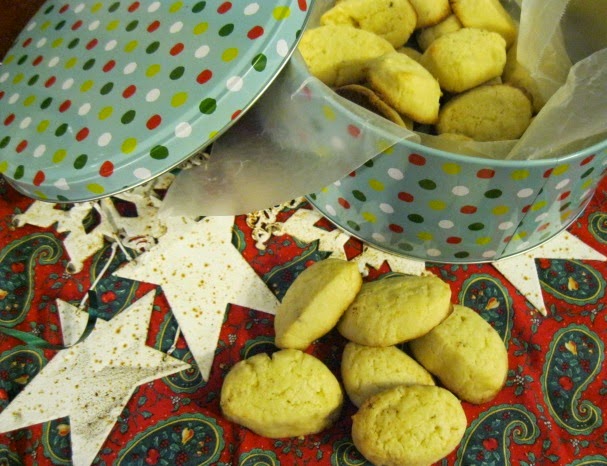 The cookies return! Once again, we will feature cookies on our blog for 12 days (Monday-Friday). You can see the photos of our cookies, get new recipes, and maybe find a new favourite to add to your baking repertoire.

This baking bonanza has been so popular that we couldn't stop -- in fact, our cookie recipes  have been some of the most viewed posts ever on our blog. We even won the APLA Library Advocacy Award for our cookie efforts! However, this year we have a bit of a staff shortage, and so instead of sending our cookies to each branch, we will just be baking and sharing our recipes. Some of our bakers will be sharing their cookies at their local libraries, so stay tuned each day for cookie updates! 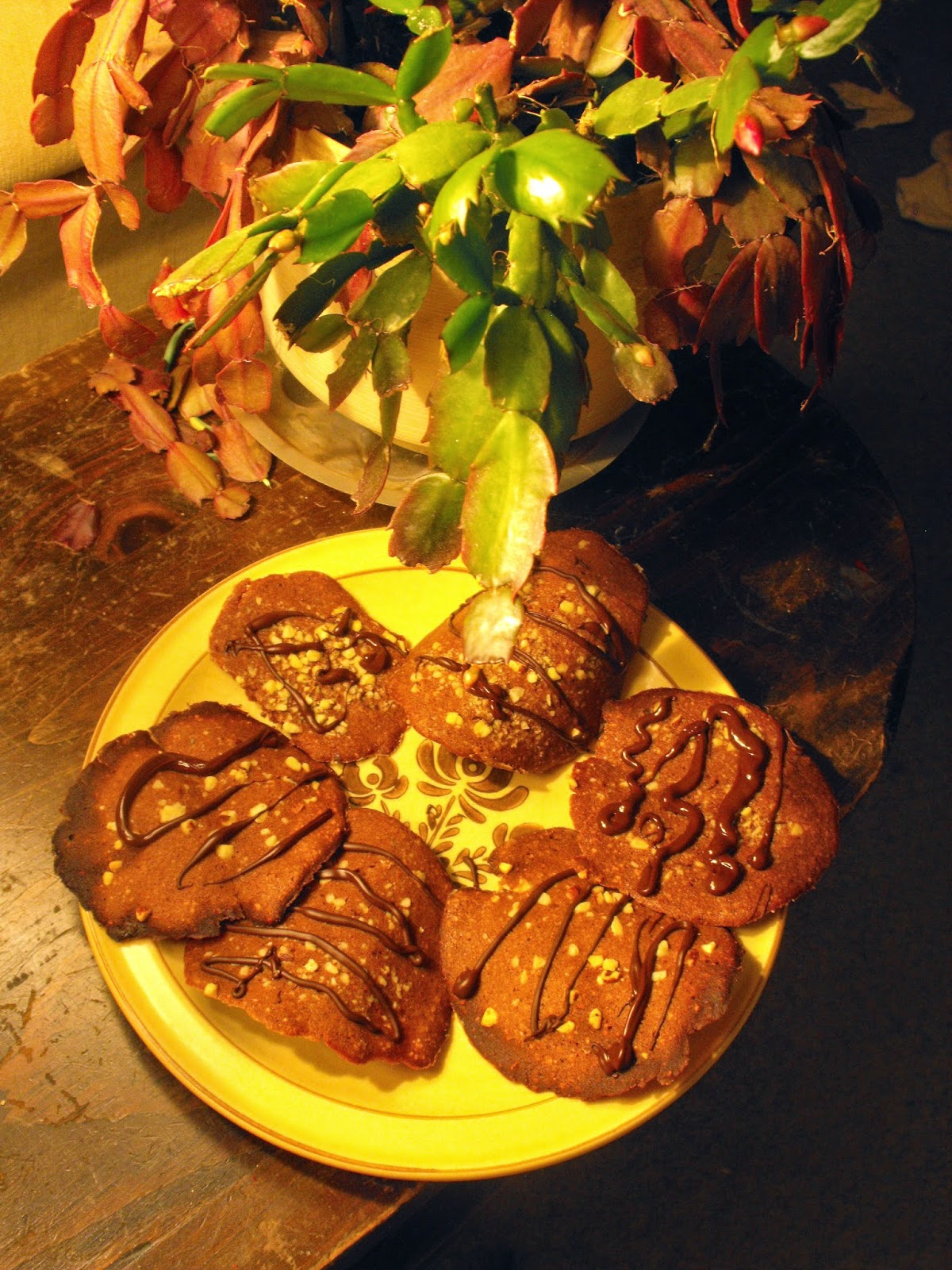 We invite you to join in-- we'll even award a gift card to one of our lucky patron bakers. We've loved your photos from years past, so we can't wait to see what you create this year. Here's how you can get in on the cookie fun. We've sent extra cookbooks out to all or our branches, so find one at your local library, and let the baking begin!


What are these diseases?

Crohn’s disease is named after the doctor who first described it in 1932. (Since he did not have the disease itself, it is sometimes more accurately called Crohn disease).
The inflammation from Crohn’s can strike anywhere in the gastrointestinal (GI) tract, from mouth to anus, but is usually located in the lower part of the small bowel and the upper end of the colon. Patches of inflammation are interspersed between healthy portions of the gut, and can penetrate the intestinal layers from inner to outer lining.  Crohn’s can also affect the mesentery, which is the network of tissue that holds the small bowel to the abdomen and contains the main intestinal blood vessels and lymph glands.

Ulcerative colitis is more localized in nature than Crohn’s disease. Typically, the disease affects the colon (large bowel) including the rectum and anus, and only invades the inner lining of bowel tissue. It almost always starts at the rectum, extending upwards in a continuous manner through the colon. Colitis can be controlled with medication and in severe cases can even be “cured” by surgical removal of the entire large intestine.
The symptoms for both of these conditions can be painful, often severely debilitating   and make day to day living a challenge for those who suffer from them.

.    These facts show that this is a health issue that should concern all Canadians.
In response the Crohn’s and Colitis Foundation of Canada is launching a national awareness campaign for the first time.  Titled Make it Stop. For Life.  they are hoping to reach a wide audience using  various media methods.
Check the CCFC site for an example of the television and radio PSAs.

For more information on this subject the library has several titles in our catalogue such as Coping with Crohn’s the Pain and the Laughter ,  Crohn’s and Colitis : Understanding and Managing IBD and  Crohn’s disease and Ulceration Colitis : everything you need to know. 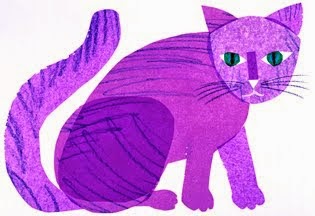 Why spend a whole month celebrating picture books? There are so many reasons! How many of you can right now name a book you loved as a child? Who knows a toddler that can recite Goodnight Moon by heart? Picture books open our eyes, become our friends, and take us to new worlds. On the Picture Book Month site,  you can read testimonials from picture book creators on why these books mean so much.  If you have a young child, or have had, that feeling of holding them in your lap while sharing a book: that is why we love picture books.  That moment when a child can “read” the book to you because you’ve shared it so many times: that is why we love picture books. When your child points to a word, and actually reads it, that moment. These are warm fuzzy moments that only a picture book can bring. What do picture books mean to you? What are your favourites? We’d love to hear your comments!

I love picture books for the art. As a member of the 2015 Caldecott Committee, I have been looking closely at the art in books since January. I’ve looked at many books over and over (and over and over)- applying the Caldecott criteria to each one. I’ve probably read at least 300 books so far this year!  I’ve looked at art books, read about great art, and translated that knwoledge to picture books. And the one thing that keeps coming back to me over and over is that by sharing a great picture book with a child, we are sharing great art. It is like a mini art gallery that you can tote around with you wherever you go. In fact,  The Eric Carle Museum of Picture Book Art is all about the book as art. There are exhibits of picture book art in art museums. Picture books are art!  Some picture books are pure art, as you can see from the works on The Illustrated Forest. I just discovered this website and it is one that I will return to again and again. And for looking closely and learning about picture book art, you can’t miss Picturing Books—this website, and The Picture Book Primer by the website's creator, are tools every teacher should put in their back pocket. 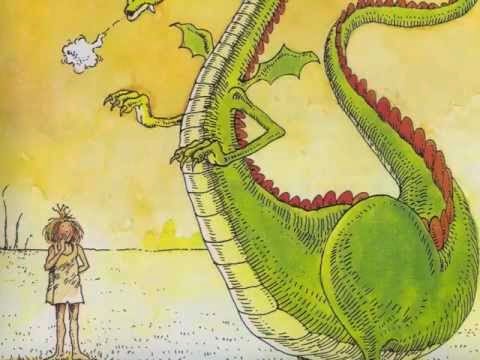 So, whether you feel like curling up with a child and sharing a picture book, or want to feel like a child again by looking at your favourites, grab a stack of picture books on your next visit to the library.  Browse the picture book shelves and find a new art gallery to grace your home for the next 3 weeks, and celebrate Picture Book Month.  If you need some help, we’ve got plenty of lists. Start with our 100 Books to Share, and go from there!

--Angela J. Reynolds, Head of Youth Services
Posted by AVRL at 07:00 No comments:


It’s hard to believe it’s been ten years since the new Windsor Regional Library opened, but November 2014 marks the tenth anniversary and it’s time for a celebration!

A special anniversary kick-off is planned for Tuesday, November 4th from 6:30 – 8:00 PM, featuring Mi’kmaq art and culture including drumming and some special treats. As an added bonus, from November 4 - 21, the Windsor branch of the Annapolis Valley Regional Library will be featuring Alan Syliboy’s Thundermaker multimedia art exhibit.
Through this exhibit, which uses static and multimedia displays of Mi’kmaq motifs and consists of panels and a tipi, people can experience an important part of legend told from an artist’s perspective. They can watch Syliboy’s ‘Little Thunder’ character transform into the Thundermaker, learn about the role his parents and the Mi’kmaq community play in his upbringing, and watch him make thunder for the first time. 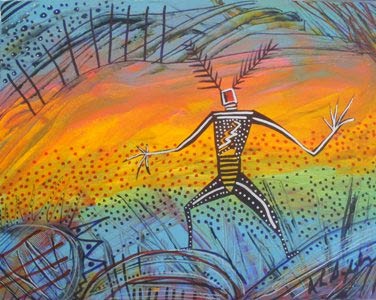 Alan Syliboy’s ‘Little Thunder’ character is well-travelled. Among many places, he was on the West Coast for the Vancouver 2010 Olympics, then to the Beaverbrook Art Gallery in Fredericton in 2013.

The Thundermaker exhibit will be on display at various public libraries throughout Nova Scotia until June 2015 thanks to funding from the Nova Scotia Department of Communities, Culture and Heritage. If you want more information about the tour, visit www.thundermaker.ca.

Posted by Frances Newman, CEO
Posted by AVRL at 08:45 No comments: