B Movies – So BAD, they are SCARY! 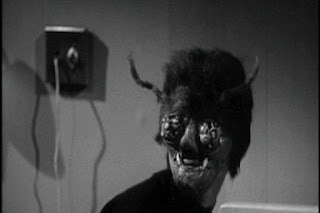 Giant tarantulas invade your town. What will you do? Run screaming? Throw a gas tank at them? You know you've landed in B-movie land when the insects are as big as Volkswagens or more plentiful than snowflakes in February, when sharks outwit teenagers and crocodiles are being fed cows by Betty White. If you know who Roger Corman is, if Ed Wood is your kind of guy, take heart. Our library collection has just what the Mad Doctor ordered. Here are a few to try on for size.

Ants-
- "The picnic is ruined." Plenty of horrible ant scenes, including a laugh out loud scene of ants attacking a kid in a dumpster. Just about every 70's character actor is in this one. If you like bad movies, this one will make you really happy.

Kingdom of the Spiders-
- William Shatner (aka Captain Kirk) stars in this ridiculous psychotronic spider film. Bad acting, terrible effects, and a lot of crunched spiders make this one truly awful (in a good way). 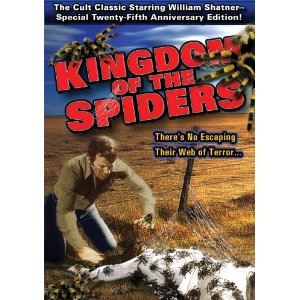 Starring Buster Crabbe and Julie "Emergency" London, this jungle mystery features one of the best ape suits ever seen on film. Extra star given just for the ape's hairdo.

Plan 9 from Outer Space
An Ed Wood classic.  Aliens resurrect dead humans as zombies and vampires to stop human kind from creating the Solaranite (a sort of sun-driven bomb).

The Creature from the Black Lagoon-
A strange prehistoric beast lurks in the depths of the Amazonian jungle. A group of scientists try to capture the animal and bring it back to civilization to study.

Invasion of the Body Snatchers-
A small-town doctor learns that the population of his community is being replaced by emotionless alien duplicates. 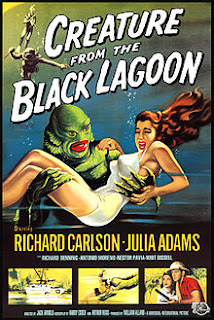 Night of the living Dead-
A group of people hide from bloodthirsty zombies in a farmhouse.  AVRL has this movie in the "Trio of Terror" DVD set.

Horror classics: 4 movies featuring Bela Lugosi-
So many bad movies, how do you choose? Bela Lugosi is the master of the B Movie. Watch for a bookcase door that opens into a secret room – nearly every Lugosi character has one hiding somewhere!

Children of the Corn-
Based on a Stephen King story, this is classic stuff from the 80's. The kids are pretty darn creepy.

Night Gallery – Rod Serling – Every character actor from the 60's and 70's appears at some point in these great old episodes! Twilight Zone is over, and Mr. Serling needs something to do, so Night Gallery it is. Similar theme—short stories of horror, mystery, and the bizarre. Hours of entertainment!

And if that's not enough, use this handy website to help you find more BAD movies!