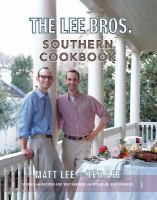 Here in Nova Scotia, the New Year's Day tradition is the levee. Food, drink, socializing, and music are the order of the day.  I come from the South (as in Kentucky, in the US) and there we have a long-standing food tradition that my superstitious soul cannot withstand. On New Year's Day, one must eat black-eyed peas and cabbage. My mother says the black eyed-peas are for luck and the cabbage is for money.  If you think I'm making it up, click on this link to get a bit more on the background of this tradition- though the Texans are claiming bragging rights. So, on the first day of the year, for as long as I can remember, I've eaten black-eyed peas and cabbage. Recently (and mainly due to my husband getting tired of just boiled cabbage and plain old black-eyed peas),  I've tried some new recipes. This, year, I found The Lee Bros. Southern Cookbook, by Matt and Ted Lee. Not only does this book have several interesting recipes for Hoppin' John (a black-eyed pea dish that typically includes tomatoes and hog jowl), there are several fancy ways of dressing up cabbage. Now, finding black-eyed peas in Nova Scotia can be tricky, but there are stores that carry them in cans (which makes for a quick batch of Hoppin' John), and I have found them dried at times. Cabbage is in abundance, but I think you need the green kind for it to count, so make sure you include that in your recipe. Good luck to all, and a prosperous 2013. Now go eat your black-eyed peas!

--Angela Reynolds, Head of Youth Services
Posted by AVRL at 08:00