The Evolution of Network Knitting

In 2011 we started a knitting group here at the library which was called Knitting for Causes.  My original idea was to get yarn donations and several patterns (for prayer shawls, dish cloths for resale, hats for sailors and chemo patients, and comfort bears for children) in the hopes people would knit for causes. 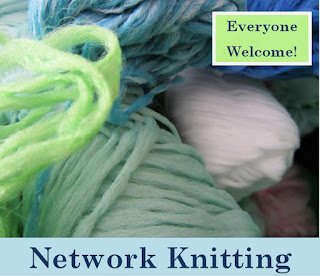 As it turned out, people were very interested in knitting, but they wanted to do their own projects with their own yarn.  Hence, we changed the name to Network Knitting.  We meet from September to May, excluding December.  Every year the women wanted to meet over the summer months.  So finally, this year I approached Shannex, Orchard Court, in Kentville and made arrangements to meet there for June, July, and August, same day, and same time as Network Knitting.

We met this past week, September 8th with a total of 17 women, 7 from the library group, and 10 from Shannex, (5 of which were knitting, and 5 there for the social).   Interested? Join us for our next group on Tuesday, September 29, 12 noon at the Kentville Library!